Top 10 Covers of Inside Karate Magazine: #10: Benny and the New Jets 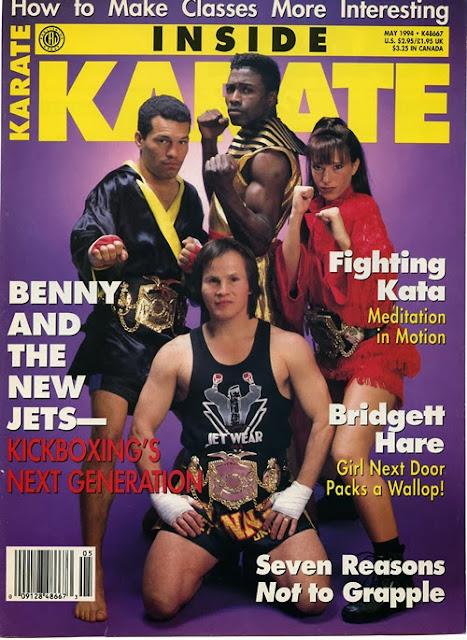 Questions. So many questions raised by this cover. Who is Benny? What was wrong with the Old Jets? Why are they wearing championship belts? What is their connection to Elton John? What is Elton John's connection to karate? Can Elton John beat Frank Dux in a straight-up karate fight?

We have no idea how or why a karate magazine would offer seven reasons not to grapple. Perhaps Bridgett Hare hates grappling and will wallop anybody who says otherwise.

This issue also promises to tackle the greatest problem of martial arts: How can the classes for something so badass be so boring to participate in? Hopefully the answer was "add more ropes and flame jets."

Note to self: My band's new name is Benny and the Flame Jets.


Think you can do better? Study the cover archive here and show us your moves!
Posted by Ross! at 5:19 PM