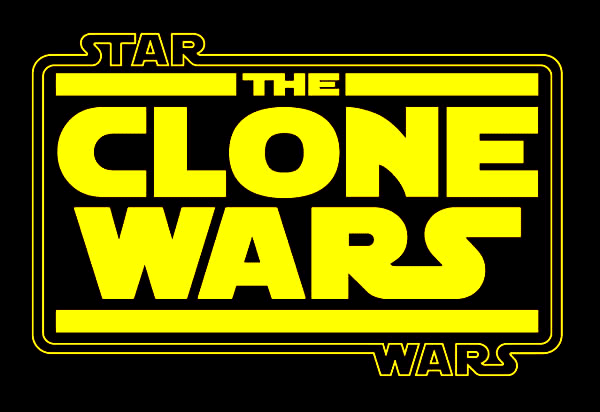 Star Wars: The Clone Wars. This animated series got surprisingly little hype for being George Lucas's official follow-up to Episode III. I think everybody, assuming that no more movies would ever be made, wanted a live-action TV series. Not to mention there was a lot of angst over the prequels not matching expectations and people were eager to move on.

But in retrospect, animated was definitely the way to go. A live-action show would have to be on a small scale for budgetary reasons, and this show is anything but small scale. Sure, the animation and visuals are modest at first, but by the third season, Uncle George had cracked open the wallet, and things started looking amazing.

It's not just about the looks, though. The series, which takes place in the three-year span between Episode II (which kicked off the in-universe Clone War) and Episode III (which ended with the Emperor's ascension and the birth of Darth Vader), addresses a lot of the common complaints about the prequels––that Anakin wasn't at all likable, that we didn't get to see his much-talked-about friendship with Obi-Wan, that all the actual star wars seemed to happen offscreen between movies.

That said, the series does swing and miss occasionally, which is why I've created this list of all the guaranteed good stuff. It's worth your time, and it's on Netflix streaming, so it couldn't be easier to jump in.

Clone Wars is anthological in nature, meaning that we don't follow one set of characters through every episode. This is good in that out of nowhere you might get a crazy bounty hunter-focused episode, watch some jobber Jedi go on a doomed mission, or be treated to one of the series' classic genre-themed episodes. But you also might get stuck with a Padme diplomacy episode or Jar-Jar hijinks. (Guess which ones I left off the list?)

To complicate things further, the episodes were produced out of chronological order until the third season. That's why this list starts with the 16th episode of the second season and continues to jump around a bit between seasons––due to the anthological nature of the show, it's not totally necessary to watch episodes in chronological order, but it doesn't hurt, and the last few seasons do tend to add more of the serialized elements that you would expect from a quality modern TV show, often building on seemingly unconnected aspects of early episodes in interesting ways.

This list contains the bare essentials. As you can see, it's weighted heavily to the later seasons, where the show really got rolling. If you get hooked and are left wanting more, you could do worse than watching the whole series, or picking and choosing additional episodes based on their Netflix descriptions. If it sounds like you'd like it, you probably will.

But let's not get ahead of ourselves. These are the Clone Wars episodes you should watch! Do it! 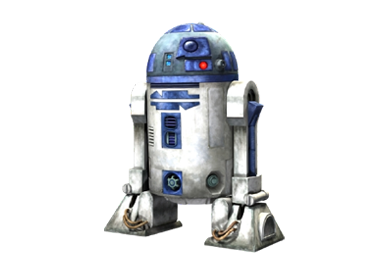 2-16: Cat and Mouse
I like to imagine that George Lucas poked his head into the writers room and said, "Make me a submarine episode!"

The Clone Wars movie
This was released in theaters prior to the television debut of the show. You can skip it if you really want to, but it's probably worth it to see Anakin get his padawan Ahsoka. Trust me, it's a much better idea than it originally sounds like, but it does take a while to pay off.

3-1: Clone Cadets
Lucas poked his head into the writers room and said, "Make me a bonds-of-brotherhood-created-during-military-training episode!" Here we meet the show's central squad of clonetroopers. We'll check back in with them over the course of the show as their careers advance... or don't.

1-5: Rookies
We're already checking back in with our rookie clonetroopers on their first assignment. Surely everything will go as planned!

1-10: Lair of Grievous
The first time General Grievous was even remotely cool.

1-19: Storm Over Ryloth
1-20: Innocents of Ryloth
1-21: Liberty on Ryloth
The final storyline of season one is a three-parter that kicks off Ahsoka's character development and hints at the quality to come in later seasons. Also: meet the father of one of the main characters of the current Rebels series.

2-17: Bounty Hunters
Lucas poked his head into the writers room and said, "Make me a Seven Samurai episode!" This one also introduces recurring bounty hunter/hat-lover Embo.

2-5: Landing at Point Rain
Lucas poked his head into the writers room and said, "Make me a Saving Private Ryan episode!" The first truly great episode of the show.

2-6: Weapons Factory
The first storyline to address what I think is the most interesting (and most overlooked) idea of the prequels: the inadequacy and fallibility of the Jedi dogma. Ahsoka, who's being taught by teacher who doesn't care for the standard Jedi ways, teams up with and has to save a by-the-books padawan who isn't prepared to handle reality.

2-7: Legacy of Terror
2-8: Brain Invaders
Lucas poked his head into the writers room and said, "Make me a zombie episode!"

2-20: Death Trap
2-21: R2 Come Home
2-22: Lethal Trackdown
We start the long process of turning Boba Fett from the weirdo kid in Episode II to the original trilogy bounty hunter we all knew and loved. In a nice bit of continuity, he's obsessed here with killing Mace Windu, who chopped his dad's head off. No wonder he and Darth Vader got along so well later on. Plus: Lucas poked his head into the writers room and said, "Make me a Lassie episode!"

3-2: ARC Troopers
Our favorite clonetroopers get a promotion.

1-22: Hostage Crisis
The only Senate-related episode on this list. A bunch of bounty hunters scheme to free Truman Capote the Hutt from prison.

3-12: Nightsisters
3-13: Monster
3-14: Witches of the Mist
Another good expansion of a prequel idea: Why are there all these other Force-wielding bad guys running around if the Sith supposedly have some kind of Rule of Two? Because they get killed when they get too powerful, that's why.

3-15: Overlords
3-16: Altar of Mortis
3-17: Ghosts of Mortis
Lucas poked his head into the writers room and said, "Make me a few really metaphysical episodes!"

4-6: Nomad Droids
The best of the "Threepio and Artoo get into wacky misadventures" episodes. If you like the concept, there's a bunch more of these scattered throughout the series. This one gets the nod from me because it's weird enough to feel like it could have come out of the '80s Droids cartoon.

4-7: Darkness on Umbara
4-8: The General
4-9: Plan of Dissent
4-10: Carnage of Krell
When they get stuck with a Jedi commander that sees them more as hardware than human, the clones must navigate the fine line between honor and duty and morals and obedience. Highly recommended.

4-15: Deception
4-16: Friends and Enemies
4-17: The Box
4-18: Crisis on Naboo
Starts with George Lucas poking his head into the writers room and saying, "Make me a Face/Off episode!" and ends with an early attempt to turn Anakin to the dark side.

4-20: Bounty
Lucas poked his head into the writers room and said, "Make me a train heist episode!" Bounty hunters vs. ninjas. My personal favorite episode of the series.

4-21: Brothers
4-22: Revenge
Brothers don't shake hands. Brothers gotta hug! Unless one of them has grafted robot spider legs to the bottom of his severed torso.

5-2: A War on Two Fronts
5-3: Front Runners
5-4: The Soft War
5-5: Tipping Points
Ahsoka is tasked with training a cell of terrorist guerrilla fighters. Not a joke! Because it sets up the status quo for the follow-up animated series, Rebels, this storyline is, in retrospect, pretty important to the overall events in Star Wars mythology. (Update! This story also introduces Saw Gerrera, the character played by Forest Whitaker in Rogue One, so it's even more important than we originally thought.)

5-6: The Gathering
Learn how Jedi kids are imperiled with the promise of a lightsaber reward.

5-1: Revival
5-14: Eminence
A day in the life of a former Sith apprentice who builds a vast criminal empire on a whim before lunch.

5-15: Shades of Reason
If you ever imagined a Darth Vader vs. Boba Fett fight when you were a kid, this as close as we'll ever get and you are going to love it.

5-16: The Lawless
To even hint at the contents of this incredible episode would be to do you a disservice. Just watch it.

5-17: Sabotage
5-18: The Jedi Who Knew Too Much
5-19: To Catch a Jedi
5-20: The Wrong Jedi
When Ahsoka is framed for a terrorist bombing, the arrogance and shortsightedness of the Jedi become plain to see. All because Lucas poked his head into the writers room and said, "Make me a The Fugitive episode!"

6-1: The Unknown
6-2: Conspiracy
6-3: Fugitive
6-4: Orders
The last storyline following our "squad" of clonetroopers, as they uncover an insane, unbelievable conspiracy.

6-10: The Lost One
A mostly successful attempt to clear up that weird "Master Sifo-Dyas" plot point from Episode II.

6-11: Voices
6-12: Destiny
6-13: Sacrifice
Yoda goes on a buddy cop adventure with Artoo and discovers some fairly concerning flaws in the recent actions and attitudes of the Jedi.
Posted by Ross! at 4:42 PM