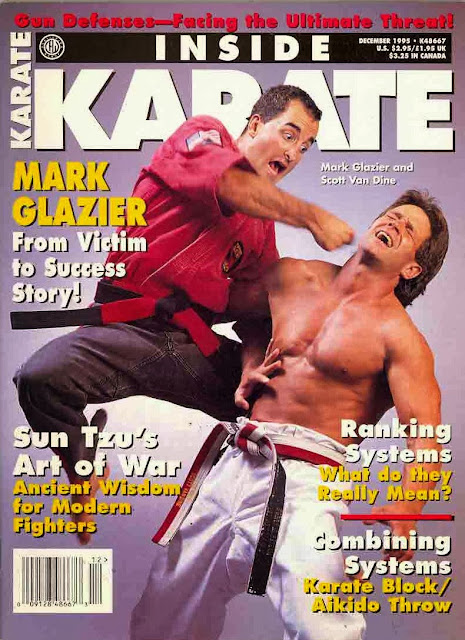 Finally, Inside Karate stops tip-toeing around addressing the ultimate threat to any karate fighter: guns. (Or "gun defenses," as their confused phrasing seems to imply.) What do you do when your opponent pulls a firearm? Is your chi bad enough to stop a bullet? Find out inside!

"Ranking Systems: What do they Really Mean?" In other words, this issue of Inside Karate has a cover feature that could have been called "How to read numbers."

And, of course, Mark Glazier. Who is he? Judging by this cover, he's a suburban dad who saw some black teens at the mall last weekend and got scared. Now he walks the streets at night, shoeless, in his grey jeans and homemade karate top, jump-punching any feathered-mulleted fool to wander within striking distance. A true success story! 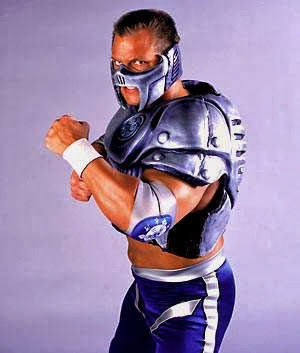 Hopefully next issue will reveal the secret behind the Mark Glazier Cryonic Kick!


Think you can do better? Study the cover archive here and show us your moves!
Posted by Ross! at 4:28 PM