Are You Bad Enough? Goes to the Movies! #1: Lone Wolf McQuade 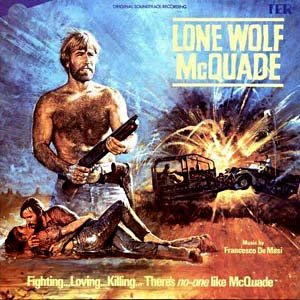 Things McQuade Loves:
Insanely super powered jeeps
Local Texas beer
Impossibly tight jeans
His dog
Drinking from huge canteens even while in the middle of a city
Participating in slow motion water fights with a dangerous criminal's girlfriend
His daughter
Friendship
Revolvers and sawed off shotguns

If the above characteristics of a film hero sound like someone you would like to see kick unholy ass for 90 minutes, then stop what you are doing and watch this film immediately. I will leave you with this quote from McQuade's best friend that he utters when he sees an attractive woman: "How would you like to bite that in the butt, develop lockjaw, and be dragged to death?"