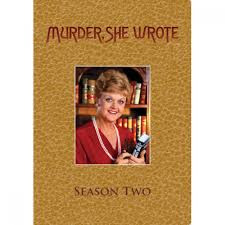 It's episode 22 of season 2, and Jessica pulls double duty by sniffing out both a murderer and a notorious art thief named Binky. In a convoluted twist, it turns out that the man framed by a grieving father for the murder and subsequently cleared actually did commit the murder after all.

Jessica also has some strange conversations in which people tell her "They met at a ski resort. You know what that means." and "It's the '80s, Ms. Fletcher. Promiscuity isn't page-one news anymore!"

New York City Danger Watch: The local police chief, a former NYC cop, says that in his previous job, he often encountered people who had been murdered for their cab fare.
Posted by Ross! at 5:05 PM